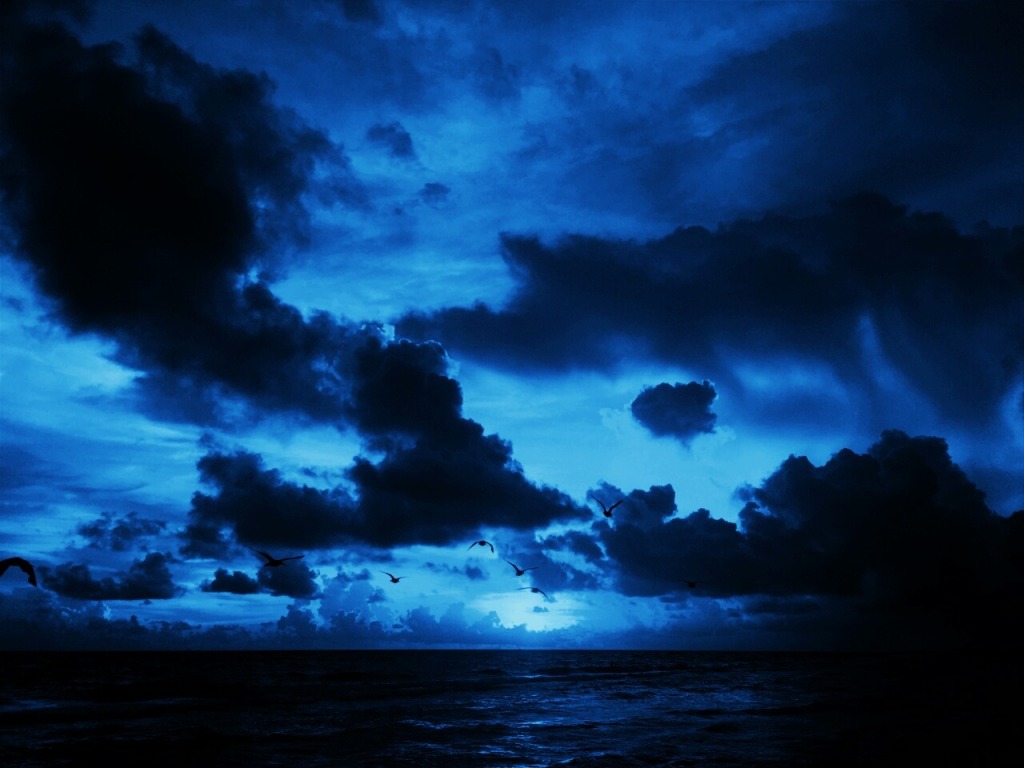 Working in a bookstore somewhere between China and Wales, I am approached by a young Chinese woman dressed as if she were travelling.

‘Excuse me. Someone suggested that I come here for books about Wales. I am flying the the UK this afternoon, and then going to Wales.’

‘How fortunate, for you. I happen to be Welsh; a native of North Wales, actually, Anglesey. I am Morgan Owain. Are you looking for travel guides, or something more in depth?’

‘I don’t know, really. I am travelling with several others. They don’t understand why I want to go to Wales. It’s wild and poetic, remote and radical. It’s the exact opposite of China, where I’m from. I will be travelling there alone. No one else wants to go.’

‘Too bad for them. I will be happy to help you. You must realise that everything I suggest and say will be biased. I am a native speaker of Welsh, with considerably less than a fondness for anything English.’

‘Why is that? I guess I don’t understand the difference.’

‘The difference is night and day. In Welsh, we call the English, Saxons, as they originated in Saxony, in Eastern Germany, bordering on Poland and Czechia. It is the English who call us Welsh. Wales, to us, is Cymru; our language, Cymraeg; Cymro ydw i. I am Welsh. There is no sense getting into it here – the centuries of oppression. The Mongols and the Manchus, in the Yuan and Qing Dynasties ruled China for over 350 years. Are you Han Chinese?’

‘As Altaic peoples, ethnically and culturally different from the Chinese, they altered the entire course of Chinese history. That is what the Saxons did to us. We are Brythonic Cymric Celts; they, Germanic, Teutonic. There is no similarity between us. I don’t even say, English, without putting the f-word in front of it.’

‘“TMI”, I know, too much information. In a few minutes, I will have a half-hour break. May I buy you coffee in the café downstairs? It won’t be long, but I will give you some definite suggestions down there. Shall I meet you there in fifteen?’

‘That would be great. I’ll meet you there.’

‘Coffee? Black, or with cream and sugar?’

‘I’ll buy it, and yours, too. You are spending your break helping me.’

‘When I meet you in China, you can buy me coffee. Here, or in Wales, you are my guest.’

‘First, in general, I would avoid books written by English, especially, and anyone else who is addressing Wales as an outsider. Though still under the English yoke, we have come a long way towards self-determination. These books come immediately to mind, to get you oriented – Sioned Davies’ translation from Medieval Welsh of The Mabinogion; Chris Barker’s Mysterious Wales, and More Mysterious Wales; and any of the works of Kenneth Owen Morgan, on modern Welsh history, Welsh nationalism, Welsh radicalism. Don’t be fooled by his age. He, as I, is of the age where circumspection is no longer an option.’

‘Do you know where you are headed in Wales, where you will be staying? I strongly suggest somewhere in Gwynedd, the northwest. It is Welsh speaking.’

‘That is something I was hoping to figure out before I got there, of course. I just found out that I would be on my own; so it doesn’t matter, really. Would I be alright in the Welsh speaking part of Wales?’

‘Certainly. You will hear Welsh all around you. It is a very musical language. When you speak in English, though, you will be understood, and people will respond to you in English. We all speak English, but that should be our choice, not someone else’s.’

‘If I may, then, I will plan your trip. How long will be in Wales?’

‘Let’s start you out in Criccieth, on the Llŷn Peninsula. There is a castle there. Porthmadog is less than five miles away; Bangor, just a little over 25 miles away. It is small enough to get to know a bit. I would suggest a bed and breakfast.’

‘Make that your base. Hike around, or bus to nearby towns. The farthest you should venture is Anglesey, but just for a day trip.’

‘You are from Anglesey. Why isn’t that your first recommendation?’

‘I thought about it. For you, Criccieth, on Llŷn, is better. We call Anglesey, Ynys Môn, Mam Cymry, Mother of Wales. It is the heartland, maybe too much so for your first trip.’

‘I have to get back to work now. Cael taith braf. Bon voyage. If you have time, stop by on your way back to China. It would be nice to know how things went for you. By the way, we have only Davies’ Mabinogion here. A final word of advice, treat the Welsh as Welsh, not as English. To be born Welsh is to be born privileged; not with silver spoons in our mouths, but with music in your hearts and poetry in your souls. Remember that, and you will be fine.’

‘Thank you. I really can’t thank you enough.’

‘Best wishes to you.’

‘Hi, Morgan, it’s Yuru, remember me? You helped me with my trip to Wales.’

‘Of course, I remember you. How was it? Did you follow my suggestions, or beat a path of your own?’

‘No, I did exactly as your recommended. It was wonderful. I’m not leaving ’til tomorrow morning. Could I buy you dinner later, and tell you all about it?’

‘That would be lovely. I can’t wait. I am off at six. Shall we meet here? We can walk to someplace close by for dinner.’

In a  Sichuan restaurant nearby –

‘The people, the language, the wildness, the wiseness. There is an honesty there, an honesty that is rooted in nature, in place. When I say that I am Chinese, I mean that I am ethnically Chinese, that I am from the political entity of China. When the Welsh say that they are Welsh, they mean the mountains and valleys, the rivers and the sea, the rock and the earth, the air and the water, literally every stone and every plant of Wales. It has nothing to do with anything political, and everything to do with heart and blood and belonging.’

‘That is our sixth sense. We call it hiraeth, the sense of belonging and of longing for the home of our blood.’

‘Well, I ate lots of leeks and potatoes, a little fish, a little lamb, a little beef. It was all healthy, all home-made. The cheese was good, but I’m not so used to cheese. I drank lots of tea, too, but it was too strong without milk, and I’m not used to milk, either. There was no rice, no noodles. So, I guess, the food was a challenge.’

‘Did you make any special friends in the few days you were there?’

‘Yes, I became friends with one young Welsh man. He was about my age. He spoke Welsh, but he spoke English with me. We went to Bangor together. He drove. He was nice. He thought I was beautiful. Maybe because he had never known a Chinese in person before. He even took me to his small stone house outside of Porthmadog. It was the night before I had to leave to return to my friends in London.’

‘He was different. He was gentle. I could feel his heart. His name was Siôn Dafydd. I told him I liked poetry, and he read me some of his poems. They brought me to tears. They weren’t about worlds he didn’t know; they were about himself, and his searching, and his discoveries.’

‘He asked me to sleep with him, just like that. It was so unrehearsed, instinctual. It was a simple request. There was no expectation, and if I had said, no, it wouldn’t have mattered. It was as if it was his way of thanking me for being who I was, and for sharing that with him.’

‘I did sleep with him, and it was good. My first Welshman. He was engaged to be married; so I won’t see him again. We shared something special, though, something that will confirm for him his decision, and for me, mine. It’s funny how things work out. You made it happen. It’s as if you knew, you knew about Siôn Dafydd, you knew about all of it. You couldn’t have, but did you?’

‘No, I didn’t know, but I’m not surprised. How could you have come directly to me at the bookstore if it were not destined to be, and with questions about Wales? I don’t doubt, as a fellow Welshman, that Siôn Dafydd has some blood that is mine but that I have never known, and vice versa.’

‘When I met him, I thought of you. It was like he was a younger version of you. I never asked, “Do you write poetry?”’

‘I do. And I sing. And I am fiercely defiant, fearlessly radical. And I believe that every woman is either goddess or muse, or both. I am Welsh.’

‘It’s not that you remind me of him, of Siôn Dafydd, but that he reminds me of you.’

Across the table, we looked deeply into one another’s eyes. You hand ventured to the center of the table. I placed mine on yours.

‘Morgan Owain, the first time was with you, too, the first Welshman in my heart, even though you weren’t there. Will you be the first again, just you and me? Will you sleep with me? We’ve got this one night at least. Tomorrow, I’ll be going home, but I’ll forget the Wales you introduced to me.’

‘Yes, I will sleep with you. Before we proclaim this the second night removed of a one-night stand, though, please consider that every destiny has a beginning, a middle, and an end. Two weeks ago, when our lives collided, that destiny began. Tonight will be our middle. The end is yet to come. Maybe this, too, is the end; maybe not. It’s a small world, really, as you have found.’

‘Shall me. Let us see if you are familiar to me and I to you when we get in bed.’