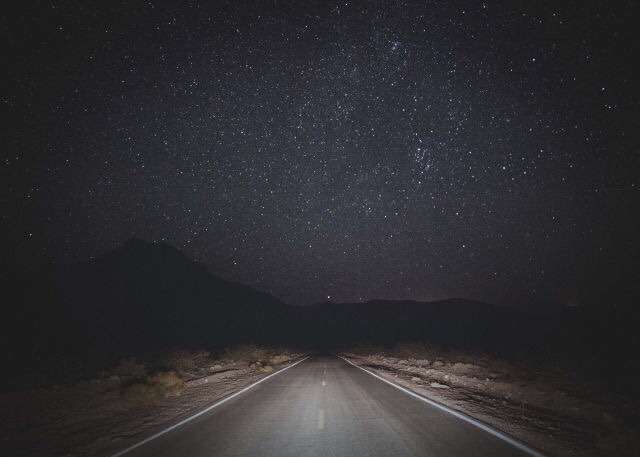 Owing to my age, certainly not to my health, during a prolonged quarantine in Makati, the Philippines, I am not allowed out of my building. We are a week away from two months, and an extension of another two weeks is highly likely.

As I am not able to walk outside, I climb the stairs of the building – six floors, twelve flights, 120 steps, with landings in-between, ten times a day, every morning, seven days a week, in 40 degree heat.

At the south end of that hallway, above the fire extinguisher, just to the side of the emergency lights, on the ceiling, for these nearly two months, I have noticed what appeared to be in apparently undeniable reality, a large, black, elongated beetle, complete with abdomen, thorax, head, legs, of course, six, mandible, and antennae.

I am not an insect lover, really. I am, though, a lover of all creatures, and perceived creatures, animate and inanimate.

Every morning, ten times, I have looked closely but briskly at this ‘beetle’. Strangely, it has never moved. As my curiosity grew, I looked more closely, pausing more at length. With every examination, my first impression was confirmed. It was a beetle in an inexplicable state of inactivity.

As a decades-long practitioner of Transcendental Meditation, granted my mantra by Maharishi Mahesh Yogi, Himself, I was not about to disturb this fellow creature in its profoundly intensive meditation. I backed off. My curiosity waned. I gave my companion of the hallway a name – Om, which I pronounce, Aum, ॐ. I began to greet it, quietly, Good morning.

That was until yesterday evening, when after discovering from her newly posted photograph, that a dear friend in India, by all appearances, though she looked somewhat recovered, had undergone some seemingly life-changing trauma. I wrote to her, delicately enquiring. She wrote back, validating what I had felt. She had been in serious automobile accident, had had a couple of surgeries, had spent over a month in hospital, and was in recovery. The accident had occurred mid-February, around the time of our birthdays.

If the fate of a dear friend could escape my notice, what else might I be neglecting? This morning, on my climb, my traversing of the hallway, the very first time of the morning, I stopped right below Om. I looked very closely, taking the time to examine her from every angle. For the first time, as if the three-dimensional illusion had self-consumed, leaving but its perfect likeness in emptiness, I saw a black hole, the surrounding paint curled up in the exact rendering of the beetle I had for weeks imagined to be my morning comrade.

Still, could I be sure? How had I been fooled for so long? Second time, further affirmation. No need to lay the poor creature to rest in a mound of dirt. Third go, same. I had been beguiled all along. Still, I shake my head in wonder.

Somewhere, under mid-afternoon light and heat, an electric fan droning from the low fridge-top, lying naked together just after love, you and I converse.

‘Do you remember that I told you that I name everything that I care about, everything with which I share my life, animate or inanimate?’

‘Yes, I remember. I thought that was a bit strange, but cute. What, or who, was your Irish kettle?’

‘That is whack, but cute whack. How do you keep track of all of those names? That must be hard.’

‘Now that is almost scary whack.’

‘I mentioned names, because I have a crazy idea. Would you like to hear it?’

‘We fuck every day, often, many times a day; with only the day to recall the event, or events. Why don’t we name those fucks, at least once a day, as if they were special, as if to give them life, as if they were the offspring of our love?’

‘Wait a minute. You want to name our fucks, like we would name our children, but not like children, because we’re not making babies?’

‘Yes, that’s kind of the idea I had. They are not children at all, really, though. They are the animation of the sequel of each and every act of love between us. Why not name them, each one, every one; so that they are more than just dates and times. With names, they will have stories; biographies, if you will.’

‘If you don’t mind, I would avoid the neuter. Third-gender, self-identified, is great, but non-gendered is difficult for me.’

‘Okay, since this is our first, what shall we name her?

‘This is where it gets fun, as if the sex weren’t fun enough. You are Chinese; I am Welsh. We both know Chinese and English, though. If it’s alright, we could alternate the responsibility of naming. This first one could be yours. Just choose a Chinese name, a name for a female.’

‘What about our surnames? Should we include those, too?’

‘Sure, it you want to. Ours differ, of course, but that doesn’t matter. These are the names of our fucks. You are the father-fucker; I am the mother-fucker. You can choose any name you like, remembering, though, that our offspring must live with the names we give them. I will record them for posterity, and so can you.’

‘Wow. This is powerful. Who ever heard of naming fucks?’

‘Sometimes, if I may, maybe I’ll choose a Welsh name, with Welsh spelling, of course. We are in this together; so we alone, together, will determine where it goes. If nothing else, it will be an intimate history of our love. With the Chinese names, though most often easily identifiable with gender, gender should be clarified. I will try my hand at Chinese names, too, perhaps at times with a bit of your help. If you don’t like a name I have chosen, we can change it. With the Welsh names, I will do the same.’

‘I like it. I really like it. Since I get the first, I want it to be really special. I will let you know before the end of the day, for sure before we fuck tomorrow.’

‘That’s great. I appreciate your seriousness. Our fucks deserve at least that modicum of earnestness in their appellation.’

‘Okay, but as you said, we fuck several times every day. Should we name all of them? And if we don’t, are those abortions?’

‘That’s a good question. We could give the fucks of a single day a generation name, like Zhiqing, Zhizhong, Zhining – 志清，志中，志宁 . That would be fun, too. Or we may just choose the most memorable of the day, or combine all of them together, and give her or him, or them, one name.’

‘Who would have thought that today could be even more special than it would have been on its own, without this new discovery, this new regime of naming, just with our usual fucking. So we are going to have a whole family of fucks, a whole fucking family. That is brilliant.’

‘While you working on that first name, before we have to go, can we fuck again?’