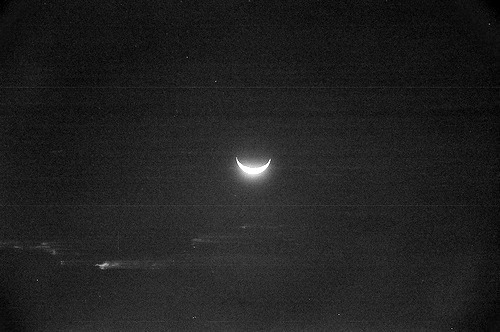 To get away, for our time alone to fuck, this time we thought to break out in earnest; not just to the other side of Beijing, to Beidaihe 北戴河, to Harbin 哈尔滨, to Qingdao 青岛, or to anywhere else in China, but to Russia, to Irkutsk, Иркутск, on the Angara River, Река Ангарa, that drains Lake Baikal, Oзеро Байкал.

A Russian friend had granted me the use of his dacha, дача, his holiday cottage, located in isolation but easily accessible between Irkutsk and Baikal. I had been going there for years, always in winter, when it was not otherwise occupied, to read, to study, to talk to the ice fishermen and women on the lake, to drink lots of strong black tea with mare’s milk, кобылье молоко, and to write. My last drink of vodka was 2 November 2001.

For reading, I brought Spinoza, Nietzsche, de Sade, Baudelaire, Louÿs, Beckett, Bolaño, and Miéville. Sri Aurobindo’s Savitri was always with me, too. For study, grammars of Dari, Sanskrit, and Korean. We thought to share, as you wished, but you also brought interests of your own. We would be there two weeks, with nothing else to do but fuck.

The train ride from Beijing took two days, and about twenty hours. To avoid going through Mongolia, from Beijing, we headed northeast to Harbin, then northwest, crossing the Chinese-Russian border at Zabaikal’sk, Забайкaльск, and continuing northwesterly to Chita, Чита, where we turned southwest to Balyaga, Баляга, then northwest again to the south shore of the lake, Lake Baikal. Following the southern shore of the lake to its southwestern tip, at Kultuk, Култук, we then turned north-northwest for Irkutsk. On that long ride, we shared a private double berth cabin.

So much of this story began with a kang, in Chinese, 炕, in Russian, кан, or русская печь, in Kazakh, кән.

Typically, a kang occupies one-third to one-half of the area of the room, and is used for sleeping at night and for other activities during the day. While it may take several hours of heating to reach the desired surface temperature, a properly designed bed raised to sufficient temperature should remain warm throughout the night without the need to maintain a fire.

This is achieved by channeling the smoke and hot air produced by combustion of wood, birch or pine, or coal, in a fireplace, usually a cooking fire, often from an adjacent room that serves as a kitchen, through a complex labyrinth of passages, warming the bricks from which the stove is constructed. This allows a longer contact time between the exhaust and, indirectly, the inside of the room; hence more heat transfer and recycling back into the room, effectively making it a ducted heating system. A brick flue, борова, in Russian, in the attic, often with a chamber for smoking food, is required to slow down the cooling of the stove.

I had told you about my long solitary nights sitting or lying on the kang, the only source of heat in the dacha during the Siberian winter, and you wanted to experience it. I had often proven it conducive to reading, studying, writing, and sleeping; we would prove it favourable to fucking as well.

Before I proceed, though, the kang was introduced to me initially decades ago. I had been to Russia, and had spent significant periods of time there, but always in either Leningrad, then, or Moscow, where there were no kang, or their Russian equivalent, known to me. It was through the most oblique of paths that the kang was brought to my attention.

As good fortune would have it, in the American mid-West, I met an elegant, refined, and quite sophisticated Russian woman, then in her nineties, though still quite capable and lucid. I met her in the purchase of tea. Her accent was heavy, not Russian, alone, but Russian and French together, with something else thrown in, too, of which I would soon enough be made aware. She was having difficulty making her wishes known to the clerk. Detecting the Russian, first, in Russian, I offered to help. Her expression of gratitude, though, was in French. That was the beginning of a love affair of sorts; she, then, old enough to be my grandmother.

In French, her preferred language of communication, I offered to escort her home. She lived close to the university where I was a student. She agreed. At her home, over tea, I was told the outline of her story.

As Russian aristocracy, she was compelled, after the execution of Tsar Nicholas II and his family, to flee Russia, through China. She remained in China, during that complex but golden age of Chinese literary renaissance, the period of 现代文学, 1911-1949, from the fall of the Qing dynasty to the emergence of the Communist regime. It was time, then, to venture yet another escape, this time, by way of Taiwan, across the Pacific, to San Francisco, and then on to Kansas. That was as far away as she could go from all the horrors of history that she had known and faced.

Until I left for China, I saw her at least once a week. I cleaned her house, I did her laundry, I cooked for her, and we had tea. With tea, came more stories, more confessions. I learned of her loves, her secret loves, her unrequited loves. I read to her, too, poetry, in French, and in Russian.

In Russia, again, visiting from China, before 1991, 12 June, when it reverted back to Saint Petersburg, I returned to Leningrad. I had begun my search while still in China, through friends in the Russian Embassy in Beijing. So I had a clue or two. In just days, I found him, Николай Сергеич.

We didn’t have long together, but, because of the connection I had with his great-grandmother, we established an immediate rapport. It is in his dacha that we were to stay, and where I had stayed many times before. It was Кoля who had apprised me of the virtues of the kang in lovemaking. Though I hadn’t had the pleasure before, cherishing always the desolate solitude in which to write, still in contact, of course, I assured him that this time would be different.

And there we were at last.

Confirmed, by you, by me. Stay is bed. It’s too cold to get up. Stay in bed and fuck. Punctuate that with however wished, then fuck some more.