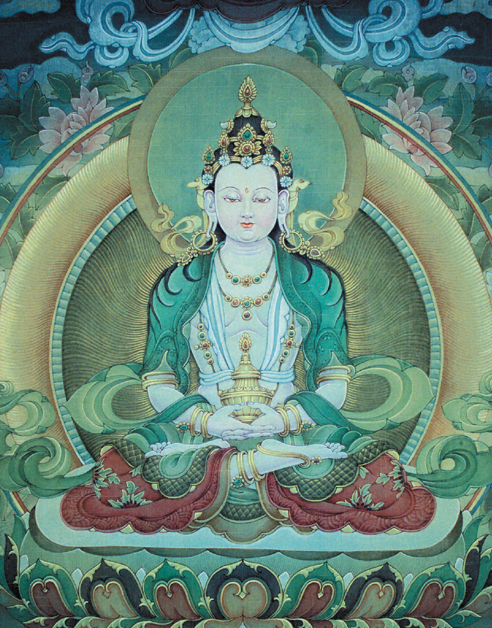 Seated alone in a large amphitheatre-like lecture hall, I was instructed by a message on a whiteboard to write a description of the lotus flower. A botanical description was not expected, necessarily, but rather one derived from my own personal experience, in Asia, and as a writer. The exercise felt somehow to be, if not in fact, a final examination of sorts. The course was An Introduction Buddha-Nature. Timing – 108 minutes. Pass or fail. The course to follow remained to be ascertained.

Contrary to all organised religion, my spiritual life and quest is that of personal contemplation and cultivation of that which connects my human, being, to nature, and to the universal, eternal, divine; that of an awakened, luminous mind, a pure conscience and consciousness, and a life free of encumbrances – of the grasping and clinging to and of attachments.

To fail to cultivate this self-determined freedom from attachments is to grant suffering, and its pain, misery, sorrow, and dissatisfaction, its continued place and prominence in one’s life.

As an emergent aquatic plant, the lotus plant produces leaves and flowers directly from its roots, buried at least a metre and half deep in the mud, far away from the sun. The smooth, waxy leaves are supported above the water by long petioles that are attached to stems, which often lend the appearance of floating upon the water’s surface. The leaves typically reach up to a half a metre in length, and remain poised one to two metres above the surface, while thick rhizomes burrow into the mud below.

In its season and time, the lotus flower reaches the light, becoming one of the most beautiful flowers imaginable. Regarded particularly in Eastern cultures as a symbol of purity, of enlightenment, of self-regeneration and rebirth, its peculiarities are an apt metaphor for the human condition – even when its roots are in the dirtiest, the darkest of waters, the lotus produces a flower of incomparable beauty.

Every person has the potential to become self-complete and enlightened. It is just a matter of time until she or he reaches the light. To reach that light, on must strive towards it; hence the personal cultivation of the vulnerability, the surrender, which grants one – through acceptance of all that is encountered in experience – the strength to persevere in the direction of that light.

The Buddha is sometimes depicted sitting on a lotus flower, symbolising one who overcame the attachments of the material world, to reach enlightenment, just as the lotus flower, beginning its life in murky, muddy water, grows, matures, to emerge above the surface of the water, and to produce a perfect flower.

The sacred lotus flower is called padma in both Sanskrit and Tibetan. The most important text in Mahayana Buddhism, the Lotus Sutra, contains the final teachings of Buddha. The Tibetan Mantra, Om Mani Padme Hum, one of the most widely used mantras within Buddhism, also alludes to the lotus flower, and is said to invoke the bodhisattva of compassion.

The lotus is also associated with the highest level of enlightenment – in the Ayurvedic Chakra system, Crown Chakra, the seventh Chakra, believed to be the centre of spiritual awareness and a source of pure consciousness, is referred to as the Thousand Petal Lotus.

The lotus flower is cup-shaped, ranges in colour from white to yellow, and reaches an average span of 20 to 30 centimetres. Each blossom consists of approximately 15 petals, opens in the morning, and closes at night. After about three days, the fragrant flower fades to yield a fruit that resembles a nut. The fruit, which consists of multiple chambers that hold individual seeds, is embedded in the surface of a 7.5-cm wide receptacle that looks like an upside-down ice cream cone.

In both their natural habitat and in Eastern art, lotuses appear in a number of different colours, and each one has its own spiritual significance.

Pink Lotus: Perfection. In Buddhism, a pink lotus represents the Buddha himself.

Blue Lotus: Represents the spirit’s conquest over the senses.

Yellow Lotus: The achievement of enlightenment.

Lotus flowers are among the earliest occurring angiosperm in the world. Long before the advent of humanity, lotus flowers were distributed in waters across the globe. Owing to geological changes, particularly when temperatures were lowest, during the Ice Ages, most plants in the northern hemisphere became extinct, but elsewhere lotus flowers survived. Lotus flowers are known as living fossils, along with other relic plants, such as metasequoia and ginkgo, and sequoia and tulip.

Tropical lotus flowers in the lower temperate zones can bloom from mid-May to late December. In the tropics, proper, they bloom year round. Even in the freezing winter, they can survive under frozen ice as long as their roots are kept in water or mud at five degrees Celsius or above. Lotus flowers are not sensitive to soil, but best suited for mildly acidic, organic clay loams. Lotus flowers love the sunshine; they are not shade-tolerant. Ideally, they should be planted in areas with direct sunlight. The entire growth period is 160 to 190 days, with an accumulated temperature of about 4,000 degrees Celsius, or from 21 to 25 degrees Celsius.

Each part of the lotus flower is treasured. In wide wetlands, wild seas of lotus flowers extend for hundreds of kilometres and meet the horizon in the distance. Apart from ornamental purposes, lotus flowers can be used to make food, beverages, medicines, packaging materials, and raw materials for industrial purposes. The roots, rich in starch, vitamins, and minerals, can be eaten raw or cooked. Tender roots and green lotus seeds – fragrant, sweet, and crisp – are popular foods in the summer. Old roots can be made into powder or preserved slices, which are nutritious for women, children, and the elderly or the frail. Lotus seeds are an indispensable accompaniment at meals in which the lotus flowers are the main course. The petals can be eaten, too, with other foods. Young lotus leaves can be used to cook congee and meat. Lotus leaves and nuts are used to make lotus leaf tea that is helpful in weight loss and the lowering of blood pressure.

In traditional Chinese medicine, every part of the lotus flower is also used. Their seeds and stamens are an invigorator, and have astringent and calming effects. The stamens and petals have cosmetic powers. The root slices serve a styptic function. Lotus seed pots can disperse blood stasis and help relieve bleeding in the uterus and urine. The leaves and stems are bitter in taste and moderate in nature, and can help balance metabolism during hot summer days. The leaves are also environmentally-friendly packaging materials. The stems are rich in fibre, and can be used as raw materials in the textile industry.

My description complete, time exhausted, I awaited its assessment. Passed.