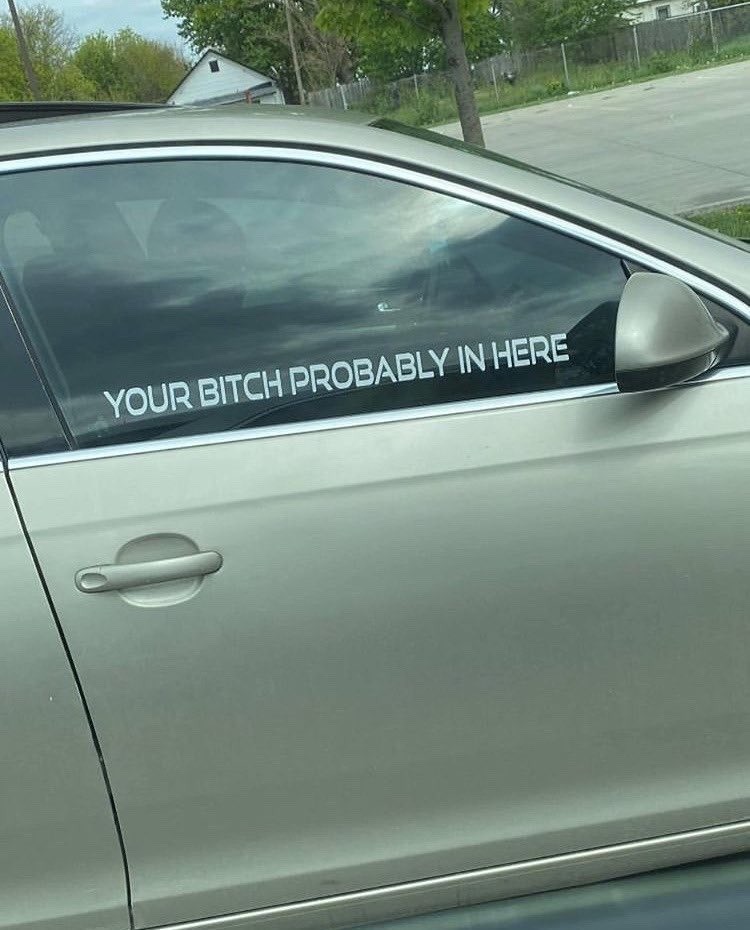 Amongst a small minority of ignorant, misguided whites, there has existed or still exists the fallacy that whites are somehow superior to Blacks. These unfortunates are blinded by their own inadequacies. Nothing could be farther from the truth. Blacks are the original race, the superior race. As Black men surpass white men in every way, Nature has endowed them with bigger cocks and balls, and greater breeding capability and capacity than white men. Nature has also made them more attractive to mates – all women, and white sissies, faggots, and gays. Many straight white men, realising and admitting their inability to compete with Black men, also submit to becoming their sexual bondservants.

The inadequacy and the impotence of white men has demanded of white women that they take control of their own destinies, that for sex and breeding they seek men outside of their more traditional, more formal couplings and marriages. The size of a man’s dick, the virility of his sperm, the prowess of his lovemaking, all determine his superiority as a mate. Women who once were Mothers and Marys first, then Whores, have become, for their own survival, their own fulfilment, Whores, first.

Regarding white genocide, white extinction, and the New Black World Order, how, precisely, are evolution and revolution to co-operate in the accomplishment of the necessary, even essential, eventual eradication and disappearance of the inadequate, deficient, defective white race? The debate is over. The conclusion, now fully acknowledged and accepted, requires only the deliberate hand of revolution to enact the foregone conclusion of evolution.

White genocide is perhaps a bit harsh in this context of time, place, and destiny. Genocide presumes a violation. There is no abuse whatsoever here, but rather a correction. Nature alone dictates the course of its unfolding. Extinction, then, is perhaps preferred. Extinction, too, implies and empowers the more gradual forces of evolution. Revolution, already incited worldwide, will hasten that extinction, as the choice of many becomes the universal choice, of both white women and white men, to prohibit entirely the impregnation of white women by white men; thus, in time, eliminating all white babies, and thus, in time, the white race. This, of course, is all as it should be, as the human race is meant to evolve. White women refuse to have sex with white men. White men, through affirmation, declaration, and, or feminisation, consent to live out their lives in servitude to Blacks, for non-breeding sex and other auxiliary functions.

Of course, total white extinction will take generations to achieve. As their visibility diminishes, so will will their recognition. They will become, first, the novelty, then the trifle, then the souvenir, then the memory, then they will be gone, like the dinosaurs, subject only for cartoons. Isolated, remote communities of white men may survive for a time, but without white women, who have unanimously flown the coup, their latent homosexual yearnings will undoubtedly re-emerge.

(In an ideal world, women would only lick, tongue, suck, and fuck women; men would only lick, tongue, suck, and fuck men. Men deemed manly enough to procreate, to breed, that is, alpha men, with big dicks, big balls, and abundant sperm, Black men, would be the only men designated to breed women. To fulfil their sexual desires and needs, inferior men, that is, beta men, with small dicks and submissive personalities, would be feminised through hormone and other therapies. They would serve the real male community as an adjunct to faggots, the preferred third-gender – neither men, really, nor women, born to serve the sexual appetites of men. Faggots would not only exist to be fed and seeded by real men, but in addition to serving as sex slaves, would also serve as toilet slaves. Faggots, as directed by their masters, would also serve to clean up females after breeding; to keep their masters’ bitches happily a-sexually distracted while in wait of their next breedings.)

Do I support the New Black World Order? In the course of the natural intercourse of evolution and revolution, extreme actions are not required. Laws mandating that which voluntary choice has already made evident are redundant. White women already thoroughly committed to breeding only Black need not be compelled to do so. White men, once presumed heterosexual, without women to sex, will honour their nascent homosexuality; again, no demand required. As all babies will be Black and wanted, abortion will no longer be thought necessary. Rape, as well, will become a thing of the past, as all women, Black, white, and Asian, will, as brood mares, beg to be fucked by Black men. As the white population dwindles, their taxes need only be paid in servitude. Though young girls, following in the footsteps of their mothers, sisters, girlfriends, and female relatives, will feel urged to begin sex early, they will instead be encouraged to live wholesome early lives, that their young bodies might ripen early in preparation for mating. It is likely, understood, and sanctioned, that, initially, daughters will and should be fucked by the Black men fucking their mothers, sisters, and girlfriends. Interbreeding will naturally be dissuaded later, as the girls take additional lovers. The age of sexual activity, too, need never be called into question or doubt. When a girl is no longer a maiden, when she has begun to bleed, she will be considered wholly ready to seed, to breed.

As the natural order of things, to restore order, to reclaim order from chaos, I totally support Black rule over all other races. It could not happen too soon for me, a lifelong colour-blind gender-defiant, already surrendered in body, mind, and spirit to the Black race. Governments must first comply, as constituencies accommodate and consent. Who would vote for an inferior white? White women, as heads of their households, their white husbands merely wage earners, the fathers of their Black children, all Black, would not tolerate any form of white governance. Similarly I support the idea that relations between the races should be of master and subservient, beneficent superior and grateful inferior. Democracy is and has always been a farce, a sham. No white will feel coerced into service of a Black, but rather bow down voluntarily in worship of this natural alignment of destines.

Social norms and expectations, manifest in peer pressure, will motivate white and Asian parents to rally their current children in promotion of a society in which all non-Black races serve Blacks. The overwhelming impetus for this will be simply that it is the right thing to do, and that it feels genuine, fitting, and fair to do the right thing. White women will, of course, lead the charge. In refusing to mate with white men, because of the clear inferiority of white men, and because the mere thought of white-on-white is pathetic, revolting, white women will ensure the initiation of widespread, uniform social change. Society at-large will then quite naturally dictate the new normality, a new morality, that of the absolute cessation of the birth of white children, and the concomitant essential decree, warrant, and sanction to birth of only Black children. Society, too, will then simultaneously applaud teenage pregnancy, unwed pregnancy, and all extra-marital pregnancies, where the mothers are white, the fathers, Black, and, so, the babies, also black. Pregnancy, in general, will be the norm for women. Black babies at white breasts will be open, proud, and praiseworthy. All girls, between age ten and age twelve, will be eagerly awaiting the loss of their virginities to Black men. It will be all the talk, all the rage. To urge the fulfilment of this natural instinct, not only the mothers of daughters, but their fathers, too, and their teachers, and their spiritual and civil leaders, will all welcome the explicit, public deflowering of all daughters, sisters, and girlfriends. To reach the age of fourteen without a Black baby at breast, and another in arms will be considered cause for intervention. White women having large black families will be revered. It will be the norm as well, and the assumption, that the children in these large families were all fathered by different fathers. To speak of parents as couples will become obsolete. Siblings will proudly proclaim a common mother, but differing fathers. Half-sisters and half-brothers will abound. Should any white woman, for any reason, choose to marry an inferior white man, it will certainly be assumed, and maintained, that the marriage will be entirely free of sexual encounter between the spouses, throughout the duration of the marriage. All pregnant brides will with equal certainty be carrying Black babies in their wombs as they approach the marriage officiants, solemnisers, or ‘vow masters’ at their weddings. All cultures, ethnicities, races, beliefs, faiths, creeds, dogmas, ideologies, spiritualities, and governments must abide by, honour, respect, and celebrate this new regime, this renewed command of cosmic law.

Evolution or revolution, the choice is yours. You must choose to be then, or now. Then is the fallacy of white dominance and supremacy. It was always a lie, a deception, a delusion of whites. Now is the return to the reality of Black superiority, though for a time subdued, never quelled. Hail the rise of your new Masters! Hail the rise of the Master Race, the Black race! Hail the New Black World Order!