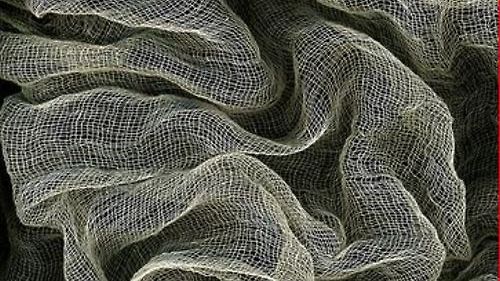 Warhol’s mass reproduction of the iconic trademarks and personalities of American popular culture are but his disdainful pronouncement of the pathetic obsequiousness, the painful naïveté, the misguided loyalty of the American masses, both blue and white collar. Loyalty is the least of virtues.

Warhol creations are parodies of the American condition. Trump, in his torturous, reckless imbecility, is himself a caricature so perverse, he is the very personification, decades after Warhol, of all that is most uncultivated, uncivilised, unenlightened, unrefined, unsophisticated in the bowels of the American public, made ever more toxic by the virulent absurdity however espoused by and through the waste-of-protoplasm at the helm of the fundamentalist, fascist, right-wing party and its constituency.

Culture arises upon a foundation of history and of tradition strong enough to support and to sustain upon that foundation, new vision, renewed courage, and innovative growth. It is unlikely that any loftiness, any majesty, any nobility, an, and y sanctity, any solemnity, any stateliness, would have such fragile conceit as to be in any way offended by those who question, by those who disbelieve, by those who rebel.

Rebellion, though, achieves popularity only when the deeds of those few granted vision, erudition, courage, and imagination, lead the charge. The senseless murder of George Floyd was an instrument of change. It was not a catalyst, because death, as the ultimate change, defies the definition of catalyst – an influence upon something else which is not itself in that influence permanently altered. Movements are tendencies or currents of thought, opinion, taste, or action, whether organised and consciously propagated, or merely self-propelled by the few on behalf of the many, whether appreciated of otherwise.

Defiance – most striking where least expected. To penetrate such widespread malaise, ennui, complacence, discontent, indifference, cowardice, it is imperative to shock. All that is popular must be overridden.  Where there is no viable culture, the only valid exercise of revolt is the overthrow of the pseudo-cultures claiming dominance; the only substantial expression of discontent is the overturning of the current regime.

Having recently returned to the States Once-United of America from the misperceived third-world of Southeast Asia, to a home in a country not my home, I have left a nation of history, of tradition, of culture, of tolerance and compassion, for one devoid of all semblance of same. Culture-shock? No. Reverse culture-shock.

Only in its diversity, in the many varied origins, ethnicities, races, and cultures of the residents at its deepest heart, its truest heart, is there redemption, liberation, from the fetters of all that the immigrants to this country fled their homes to escape, but found here in even greater excess, in even greater violation of humanity.

Am I glad to be back? Out of necessity alone, given the Coronavirus its many ramifications, I quit Limbo. All the other levels of hell await me here – Lust, Gluttony, Greed, Anger, Heresy, Violence, Fraud, and Treachery. Refreshed, renewed, empowered, I am here to lead the charge.