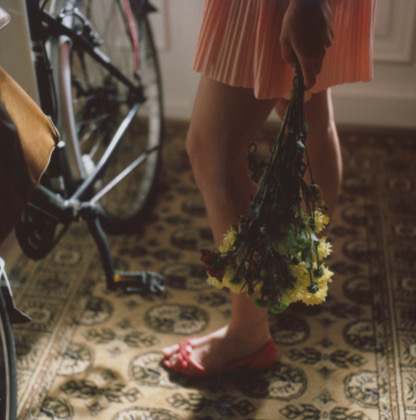 My destiny, oft-confirmed by blind fortunetellers in China – 独马单枪空做去 – One horse, one weapon, feat-venturing into the void. (My horse – my cover, my shelter, my shield; my weapon – my words, written, spoken; the feats in which I engage – the void – measuring light against dark; interest, fascination, infatuation, obsession, love, all lying in mystery rather than identity.)

Needless to convey, contrary to all efforts to the contrary, or purposefully, in the reckless venture for hazard, risk but danger yet to be confronted, sometimes, everything comes crashing down upon me into heaps about my ears. Solitary in my private flurry and fury, my only reality check, my own, scarce alarm is taken in response to any degree of disarray entangling  my usually accompanying symmetry. Chaos misconfigures, misaligns, and casts into imbalance the orientation and the equilibrium of the mind. Chaos, too, transfigures; evolution – revolution – deconstruction – construction.

Though the towers of others are either currently or imminently failing, falling, these others seem to be content to defer repair until help arrives; their despondency betrayed as professed abuse, maltreatment, victimisation, the sense of entitlement prevailing over that of volition. Faltering, foundering, disguised as practicality, excused as rationality, denied as sensibility, struggling in sedentary stupor, deprived of but spurious freedom, presumed granted, forsaking seizure, rising but from prostrate to knees, they crawl, beseeching, from rubble to ruin, begging, the foresworn hand with aught but a crumb of vacuous hope, in idle promise begrudgingly extended.

Not being so cast, solitary in my destined revelation, without the desperation incited by fear, methodically, I reconstruct, improving my design, inter-experientially, inter-culturally amalgamated. With every collapse, it is time for renewed vision, plans re-imagined, blueprints re-configured, maps re-charted. Arches, columns, doors, staircases, walls, windows, comprehended afresh. New fires, colours unseen, conceptions, fantasies, intuitions, weightless, which need to be given reality. Towers of any degree of loftiness, having proven to be vainglorious, must tumble. Time to explore structures more sagacious rather than sensible, less susceptible yet still daring.

If nothing changes, nothing changes. Invincibility is directly proportional to vulnerability. The height of one’s joy cannot exceed the depth of one’s sorrow. The breadth of one’s experience will not surpass the resolution of one’s focus. Those who are truly free blame no one. The genuinely brave achieve brilliance. The resolute, re-build.

Only when securely mounted should one seek another horse.