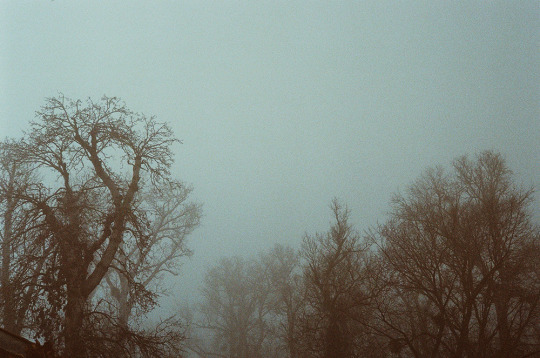 We were somehow incarcerated in the same walled and barb-wired enclosure. The women were on one side; the men on the other.

Just to aggravate us all, our yards were separated only by two three-meter high barriers of electrified fence two metres apart, each topped with coiled barbed-wire. We could flirt, insult, or inform. The tormentors were many; the spectators, few.

I was always alone. I didn’t need the protection of others. I didn’t offer my protection to others. If I wanted something from someone else, I won it in battle. I took no prisoners. In the interval between seconds when awaiting my reaction to a taunt, my would-be persecutor would be dead. The guards looked on with glee. Got rid of another one of those fuckers. Everyone knew that even if they ganged up on me, too many of them would die before I was killed. I hadn’t become the way I was. I was born that way. Fearless.

Setting me apart from the others, too, most of them, was that I was smart. I watched. I listened. I learned. Every sequence and configuration of occurrences, every nuance of behaviour, every manifestation of number, sound, and sight had significance. If you know the enemy and know yourself, in a thousand battles you will never be in peril. If you know yourself but are ignorant of your enemy, your chances of winning and losing were equal. If you are ignorant both of yourself and of your enemy, you will forever be in peril. Sun Zi’s Art of War 孙子兵法. Yes, I knew Chinese, French, Russian, and many more. When all that knowledge is added to instinct and intuition, in just the right way, at just the right time, if there is a way out, it will be revealed. If a rat can find its way to the cheese at the heart of the labyrinth, then find its way back out again, surely I could, and would.

Glancing across the yard every day during our hour outside, I had noticed you, in your corner of your yard. I was happy to see you there, happy for you. If you could maintain your solitude, and not be coerced or cajoled into servitude, you just might make it. People in the joint are always curious what got you there. I didn’t give a fuck. Those who had been hurt themselves, and hurt someone in return, they did what they had to do. Those who hurt someone just to hurt him or her, they had their hurt yet coming. Robbery, theft, vandalism, all that’s for faint-hearted punks. I didn’t care what you’d done. That you knew better than to be curious about me, that was encouraging, too. There is no virtue greater than living; no greater vice than cowardice. The rest is slush. It’s life and death, that’s all. No truth for the poet but that soaked in blood. The title of poet, only in death.

Without engaging in conspicuous communication of any kind, though, we did converse. You saw me counting, counting everything – seconds, minutes, steps, nods, gestures, comings, goings, numbers, numbers, numbers… Numbers make everything intelligible. Everything has a numeric, a digital signature. Learn to forge that signature, and any and every door will be opened. I saw you, too, nonchalantly eavesdropping on conversations halfway across your yard. Maybe you were the bad girl amongst the women. If you weren’t, you wouldn’t even comprehend what was going on with the bad boy amongst the men.

Shit was happening all around us. Most of it was posed; contrived disturbance to cast attention away from something else. Artifice to disguise artfulness. Then there were all those other diverging, deviating, and tangential seams, the fine print, as it were, the reactions. There was nothing that meant nothing. There was a path between it all, however circuitous, however fleeting. A path to freedom.

Our discourse, though muted, continued, and progressed. I would catch your eye, you would catch mine, a nod however faint would grant another clue, another crumb would be laid towards our exit. That had been my lone pursuit ’til you, too, demonstrated that is was yours. There could be no misunderstanding. And what about betrayal? Trust is the spear pointed at your face; betrayal, the spear pointed at your back. Either way, if it were to be mine, it would be, by faith, be fearlessness, by covenant; it not, not. I would take my chances, just as you would take yours.

We knew the path in time and space. We had figured it out, both of us, together. But what about the greater time, the time of moon, the time of season, all within the context already ascertained?

The new moon offers the darkest night. New moons also promote new ventures. How in the day, though, through the distance between us, to convey that sentiment to you. In charades, how does one act out ‘menstruation’? Having been withheld even one frivolous bone in my body, I don’t play games; despite and still, you got the message, loudly and clearly.

We were set. The details would be self-enacted. All of my calculations had to match, to coincide, with all of yours. If they didn’t, we were fucked. Synchronicity wasn’t possible. From different beginnings, we had to make it to the same end. You had to get there. I had to get there. Though never articulated, there would be no waiting, not a second. We would merge, then just as quickly, disperse.

We had undoubtedly proven beneficial to one another in the planning. The execution would be each for herself or himself. We didn’t even know if we spoke the same language. By the time we were ready, though, I knew that you had some blood that was mine but that I had never known; and I, some blood that was yours but that you had never known. Did that make us brother and sister? No, that made us human. And we were going to get the hell out of our prison, or die trying.

Experience all that for which your future self will thank you. The moment you now refuse, you will never see in your life again. The little things, the little moments – they are big. Any configuration of life repeated – lived more than once – is not a life.

Any thing lost can be found again.

Time, though, is not a thing. It is a concept arising from change experienced and observed, expressed by past, present and future, and often measured by the amount of turning of the earth on its axis; a quantity measured by the angle through which the earth turns on its axis; a moment at which, or stretch of existence during which, something happens; a season; a spell, interval, or period; duration; rhythm, tempo; rate of speed; a reckoning…

Time lost may not be found again.

Never knowing her name, except the one I had heard in the yard, Yhivi, I came to find her eyes were chocolate brown, same colour as her hair; and in her eyes, deep down, either an angel or a curse, depending on how she was loved. She, too, who had heard my name was Slate, came to find my eyes that same grey-blue; my layers, dense, enduring, suitable for roofs, for floors, for words…my edges, sharp, cutting, suitable for tools, for weapons. In the minutes before we parted, free, she said her name was Meixi 每息. Of the names I most prefer, from my native Welsh, I am called, Llechi.

From thirty metres away, she turned one time. I was still where she had left me. That one glimpse over her shoulder assured me, somewhere, sometime, we would meet again.